Pictures Of You, Chania, Crete 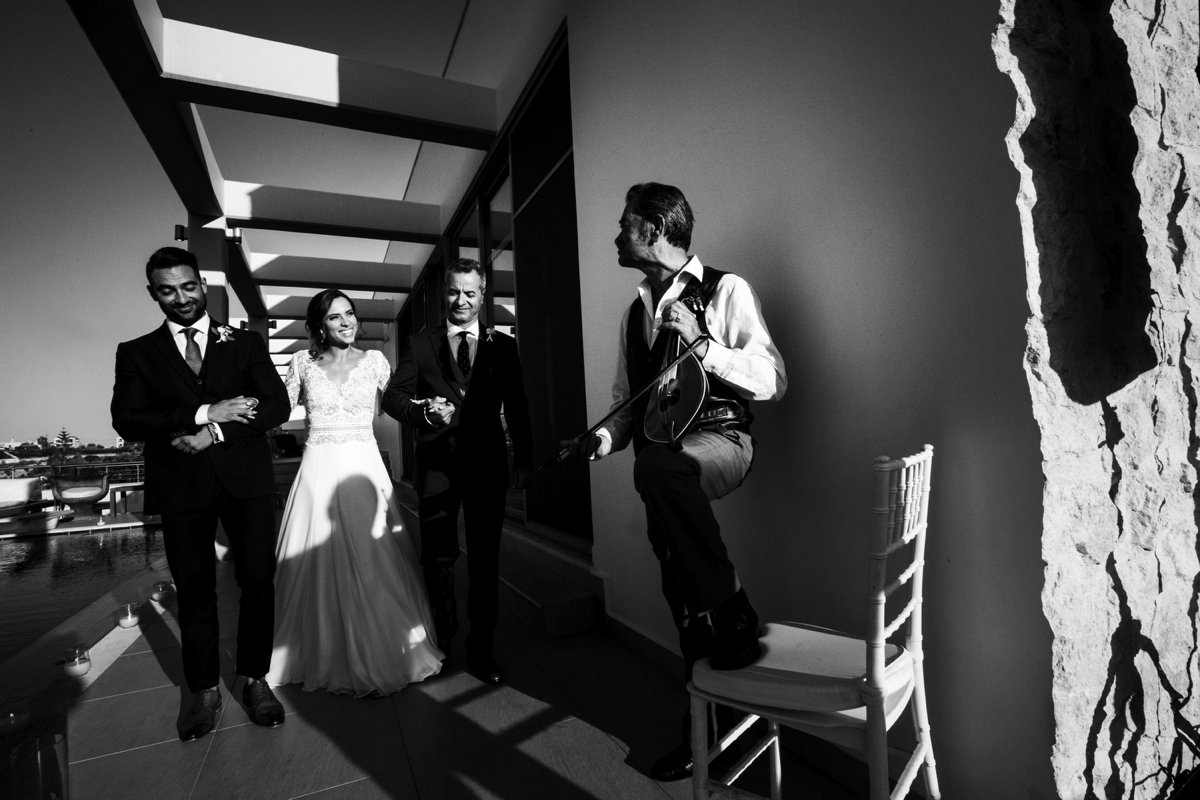 It was a shared friend and a night on the town that brought Harry Klonaridis and Calliope Spyridakis together in the summer of 2014. The 28-year-olds met in an Athens bar and couldn’t ignore the chemistry between them. This was the beginning of a summer love affair that grew into a long-distance relationship when Harry had to leave for Tasmania where he works.

Hundreds of long-distance phone calls, e-mails and Skype sessions later, Harry was yearning to return to Athens to join his big love. The couple enjoyed a year of their shared life together when an attractive job offer in Tasmania couldn’t be missed.

A year later, on one of those beautiful Greek summer holiday evenings on the island of Crete, Harry stopped the car on the side of the road pretending to inspect the tyres. A few minutes later, he asked Calliope to check on her side and when she opened the car door… Harry was there, smiling, on his knees holding a sparkling diamond ring. The view was breathtaking, there was a tiny bench nearby, they sat in bliss. They were getting married!

“It’s so hard to describe something that was so spontaneous and at the same time magical. Chills, tears of joy and bliss, and my answer? In three words: 1,000 times, yes!” remembers Calliope.

“Hearing her say ‘yes’, was one of the most incredible moments of my life. It was the first day of the rest of our lives together. I felt so much love, happiness and a connection with Calliope,” Harry remembers with nostalgia.

In the meantime, the bench that day made history: “That bench with the most spectacular view was our starting point… The picture we took on that day of the two of us in a warm embrace was what we used on our Save the Date cards,” Calliope recalls.

Days later, the elated couple selected Bond Events to take on the demanding task of planning the “big party for friends, family and loved ones”.

“We felt a real connection with Bond’s people and had absolute trust in their suggestions and aesthetic judgement. Step by step we worked together in the 11 months up to the wedding for the most impressive outcome – tradition, vogue and refinement all in one,” they both say.

It was a cosmopolitan wedding by all standards: guests traveled across the globe – the UK, France, Belgium, Germany, Tanzania, Mozambique, Brazil and Greece – to wish the couple the very best in their life together.

The wedding location? “Could it be anywhere else but Crete?” they both exclaim. “This is where the seed of our love was sown.” And so the pair decided to hold both engagement and wedding receptions on the island, homeland of Calliope’s father.

And so… the celebration kicked off. Calliope made her way to the pool escorted by her brother and father, while her grandfather played the Cretan lyre singing “mantinades” – poems of love in rhyming verse – he had composed for her. The beautiful bride was wearing an exquisite ornate gown in lace by haute couture designer Christos Costarellos.

The party – in true Cretan – fashion began with traditional island music performed by the bride’s father and grandfather while eight dancers in traditional island costume took the stage inviting guests to join them in the revelry. The wedding celebration was held at the Villa Prigipessa on a hill with stunning views of the town, the sea and the mountains. More like a home of their own, the exclusive venue was warmly decorated in soft green, dusty pink, white and silver, with candles and flowers exuding a sense of elegance and finesse. And to ‘sweeten’ their guests, Calliope and Harry sliced into a fancy two tier wedding cake adorned with flowerets and sugary lace as colorful fireworks lit the sky above.

Like all wedding festivities on Crete, they stop when a new day has dawned. Calliope and Harry made a very special bond on that wonderful evening on Crete, amid family, friends and loved ones. Their life of love and adventure began the next day, when the couple set off for faraway Thailand to enjoy their honeymoon.

Stationery: Be My Guest Weddings